Surviving 35 Years in the IT Business in Our Changing World

In 1965, Gordon Moore, the co-founder of Intel Corporation, observed: “The number of transistors on a microchip doubles about every two years, though the cost of computers is halved. And, the growth of microprocessors is exponential.” These became tenets of “Moore’s Law.”

On Main Street, USA, we call this “Deflation.” Could you imagine if this phenomenon were true in every business? Automobiles would sell for $1,000. Wouldn’t it be nice if the average home in Greenwich sold for $250,000, not $2,500,000, and new construction was always twice as good as last year’s? Not so nice for homebuilders, realtors, insurers, or our Town coffers!

At eight years old, András István Gróf escaped Nazi German-occupied Hungary. At 20, he immigrated to the United States and changed his name to Andy Grove. He became Intel’s third employee and visionary CEO. He lived by the motto,“Only the paranoid survive.”

Brian Desrosier, President of Computer SuperCenter and Lighthouse Technology Partners, has been forced to live by Andy’s motto and develop one of his own: “A little competition is a good thing, but a lot of competition is horrible.” Extreme competition in a deflationary business is terrible for everyone. Gross Margin dollars drop at the same time as Gross Margin Percentage. How does a company deliver a “white glove” customer experience? To build a successful business, you must attract and pay top people. How?  Desrosier will explain the concept of “Digital Transformation” in the world, how it is driving small business owners out of business, while some are flourishing. What does this mean to our Town and each one of us?

Desrosier’s experience began in 1981 as a $3.50-per-hour Radio Shack Computer Center “Manager in Training.” He worked in an original Tandy Radio Shack & Leather location.  At the Tandy Corporation 1983 annual meeting in Ft. Worth, CEO John Roach presented Brian with the prestigious “Leaders Club” Jacket, Manager-of-the-Year Diamond Ring, and a replica of his “Top Ten Paycheck.” All that was charged against his Computer Center P&L and his bonus!

Brian will recount the events and difficult lessons learned on the mean streets of Greenwich, CT. You’ll hear his odyssey battling bullying “Partners” like IBM, Apple, Microsoft, and Cisco. Harrowing business stories of employee theft and unfair business practices. Obstacles include the advent of Mail Order, manufacturer-direct selling, and overpopulation of the dealer channel. Al Gore invented the internet and then Jeff Bezos, “Amazon.” Desrosier’s never-say-die endurance is combined with perpetual redefining and reimagining his business where the velocity of change is only accelerating.

And then there was a pandemic.

Program next week:   August 5, Robert Gallucci, American academic and diplomat, former dean of  School of Foreign Service at Georgetown University and president of the John D. and Catherine T. MacArthur Foundation.  “Conversation with Robert Gallucci on America’s Place in the World.”

The Greenwich Retired Men’s Association offers a free Webinar program every Wednesday at 11:00 a.m. For additional information see www.greenwichrma.org or contact us by e-mail at info@greenwichrma.org.

What you can read next 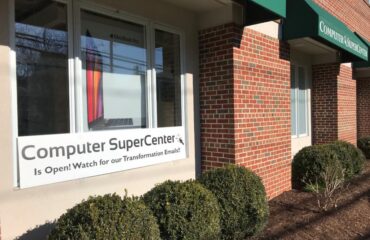 Transformation Update #2 – The “IT Department for Main Street”

Top 5 Back to School Computer Tips 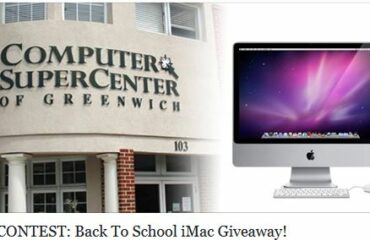 CONTEST: Back To School iMac Giveaway!!